Schneider Children’s Medical Center of Israel has been selected to participate in the Space Station Mission, led by Eitan Stiva, the second Israeli to head out to outer space.

The revolutionary scientific trial will examine the rate of growth of malignant cells in space compared to their rate of growth on Earth, in Israel – without the force of gravity. 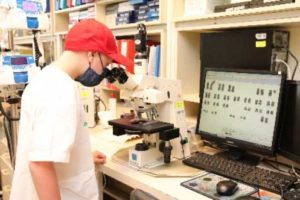 On May 5, 2021, the scientific trials selected for the space mission were announced. The experiments will be transmitted to the international space station within the framework of AxiomSpaces’s Ax1 mission at the beginning of 2022. The selected scientific trials will be carried into space, and to the international space station, by Eitan Stiva, who will become the second Israeli in space. Astronaut Ilan Ramon, who served as space shuttle payload specialist in the fatal mission of the Columbia in 2003, was the first. The mission is dedicated to the advancement of science, education and technology in Israel.

The scientific and educational trial of the Hemato-Oncology Division at Schneider Children’s aims to characterize leukemia cells under sub-gravitational conditions with or without chemotherapy. Leukemia is the most common type of cancer in children. While the majority of children can be cured, there are significant side-effects following chemotherapy. The findings of the research to be conducted in outer space will be compared with those following a similar study on earth, through the identification of changes in the distribution of cancerous cells and their genetic expression. The results of the trial will contribute to the development of more  effective novel therapies with fewer side-effects. 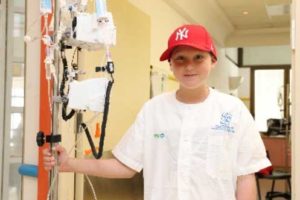 The trial is planned for, and will be conducted by, children being treated in the Hemato-Oncology Division at Schneider Children’s, under the supervision of lab techicians, doctors and staff members of the Educational Center, which operates under the aegis of the Ministry of Education. As part of the trial, children will reach beyond the limits of their disease and the hospitalization department, and enter into an enjoyable area filled with substantial understanding and self empowerment.

The Israeli Space Station Mission was made possible by support and leadership from the Ramon Foundation and the Israeli Ministry of Science and Technology.