A Year of New Beginnings: Schneider Children’s Summarizes the Jewish Year of 5782

Schneider Children’s summarizes the Jewish year of 5782 as a year of productivity, clinical and research successes alongside humanitarian assistance to Ukrainian children during the war, and coping with waves of corona. At this time, the staff in the hospital is preparing for the new year of 5783 which will herald the opening of the new glass building later in the year.

Over the past year:

Among the organ recipients was a 4-year-old girl who received a new heart. During her 9-month wait for a donation, she was connected to the artificial “Berlin Heart”, which served as a bridge towards transplant and was in fact “living” in the hospital. The transplant granted her a new lease on life, without any need for artificial support. 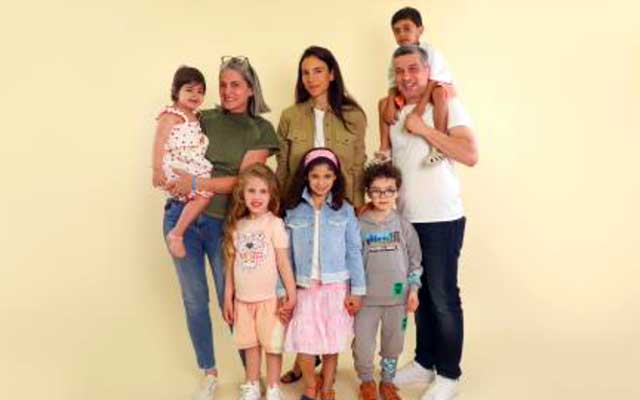 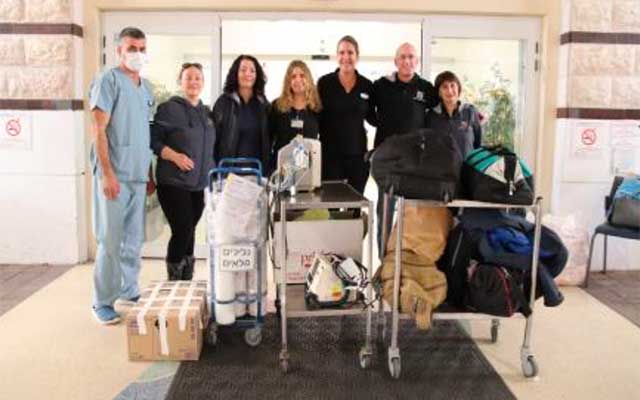 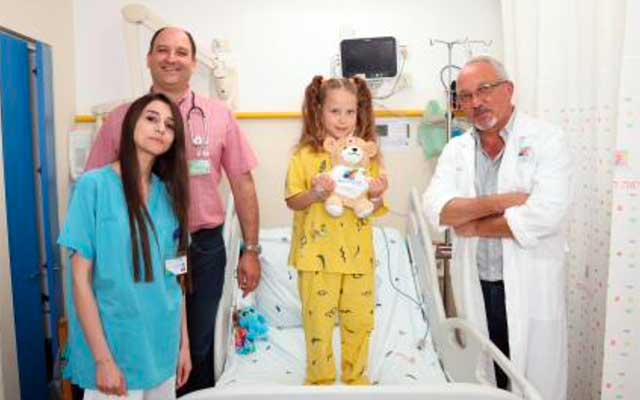 The first fashion campaign of its kind – aimed to raise awareness about pediatric organ transplantation – was held at the joint initiative of Factory 54 and Schneider Children’s. As part of the endeavor, 5 organ recipients participated in the fashion campaign for the children’s collection of Factory 54.

A delegation of 9 medical personnel from Schneider Children’s established the pediatric section in the field hospital in Ukraine and tended to 323 children during their 2-week stint during the war. The team from Schneider was part of the larger delegation sent by the Ministries of Foreign Affairs and Health to set up the Israeli field hospital in Ukraine.

A team from Schneider Children’s was sent out on a special rescue mission to the Romanian-Ukrainian border to accompany 10 children with complex conditions and their parents on a flight to Israel for urgent life-saving medical care. The families had arrived from the hospital in Kyiv, among whom was 13-year-old Ilona who had contracted Wilson’s Disease and needed a liver transplant. Ilona received a liver lobe.

from her father and underwent the transplant at Schneider Children’s. Following her recovery, she returned home to Ukraine.

A rare and complex neurosurgical procedure was conducted in a 9-month-old infant from Liberia who was born with a rare defect in her head. She was flown especially to Schneider Children’s to undergo the delicate surgery. The defect resulted from a problem in the development of her brain, skull and facial bones which was manifested by the lack of bone in her forehead allowing the brain to protrude out of the skull and into the face and sinuses. This caused a severe horn-like protrusion. Aside from the asthetics, a brain not protected by the skull can be easily damaged and lead to dangerous infections.

Another first in Israel occurred during the past year at Schneider Children’s when a lung lobe was excised using robotics. The 5-year-old girl was born with a rare congenital defect affecting her airways called congenital pulmonary airway malformation (CPAM). Doctors removed the damaged tissues using the Da Vinci surgical system of robotics – a cutting-edge technology according minimal invasion.

Some 300 scientific papers from Schneider Children’s were published in leading medical journals, including the publication of a breakthrough study led by the hospital’s specialists in “Nature Communications”. For the first time in scientific history, utilizing advanced technologies for genetic engineering, investigators succeeded in transforming normal human blood cells into leukemic cancerous cells, through which they were able to discover the causal agents for the development of one of the most lethal types of blood cancer, leukemia. The study will redirect efforts towards the development of targeted medications, thus beckoning a future where it will be possible to cure every child with leukemia, with minimal side-effects.

Following years of anticipation, 5782 saw the inclusion of Medtronic’s artificial pancreas system into the basket of basic health services. The system comprises unique technology developed at Schneider Children’s in cooperation with the DreaMed DiabetesCompany. The artificial pancreas is a closed circuit hybrid system which conducts automatic and ongoing evaluation of blood glucose with precise infusion of insulin. The development will vastly change the quality of life of children with diabetes type 1 between the ages of 7 and 18.

Moving forward, Schneider Children’s opened the new and only Innovation Center for Medicine and Health in Children, which will join the few centers in the world focusing on novel initiatives for the development of technologies solely for children.

5782 also saw Schneider Children’s participation in a unique scientific and educational trial by the Hemato-Oncology Department which dealt with the changes in characteristics of cancer cells under conditions of micro-gravity in space. The aim was to develop new treatments for leukemia in children. The trial was sent into space as part of the Rakia Mission of the Ramon Foundation and the Ministry of Science and Technology, and conducted by Eytan Stibbe, the second Israeli in space, who performed breakthrough scientific experiments.